The landmark Manchester city centre mixed-use redevelopment project St Michael’s will go-ahead – after the Secretary of State confirmed that the application will not be called in.

On behalf of the St Michael’s Partnership Gary Neville said he was “excited” to have today received the green light.

He said: “We are delighted that the Secretary of State has decided to not call in our revised plans for St Michael’s and that the vision for this landmark mixed-use scheme will be realised.

“It’s been more than a decade since the idea to regenerate a strategic city centre location was first considered – and our whole team is very pleased that we can focus on delivering this project for Manchester, bringing new high-quality development that will enhance the city’s position both nationally and internationally.”

The £200m St Michael’s development off Deansgate on Jackson’s Row will contribute more than £80 million in gross value added to the local economy and £147m in government tax revenues over ten years.

The same economic impact study for the scheme estimated that St Michael’s will create close to 1,500 jobs – with a further 270 employed throughout the construction phase.

In close proximity to Manchester Town Hall and nearby both St Peter’s Metrolink stop and Deansgate train Station, St Michael’s is to include an international luxury five-star hotel featuring 216 bedrooms and 189 high-end apartments in a tower reaching 39 storeys.

There will also be 148,000 sq ft of office space, 33,000 sq ft of leisure space – including a stunning outdoor rooftop terrace – and a boutique five-star hotel in the former Bootle Street police station which will retain its frontage.

A public square will also feature, in front of the refurbished Sir Ralph Abercromby pub and a new synagogue will be built nearby.

Sir Richard Leese, Leader of Manchester City Council, said: “Investment in Manchester is crucial to support our on-going regeneration and St Michael’s is a case in point for the type of high-quality development that our city centre needs. The Jackson’s Row area has been underwhelming and underused for too long and we welcome the decision by the Secretary of State to move this important project in to the next phase.”

He said: “My focus over the past few months has very much been on my role as head coach of Wales. However, I’ve continued to stay involved with Gary and the team on St Michael’s. I genuinely believe that St Michael’s is a truly brilliant scheme and will add to the quality of buildings currently on offer and improve the most central part of Manchester – a city that I love.

“It’s now about the hard work starting so St Michael’s can be enjoyed by people who both live in and visit our wonderful city.”

St Michael’s architect Stephen Hodder MBE, Chairman of Hodder + Partners, said: “This development will regenerate a pivotal city block adjacent to the City’s civic core, and I applaud the evident passion, ambition and vision of all those behind St Michael’s. And that’s why I’m delighted that this significant project has been given the go-ahead.” 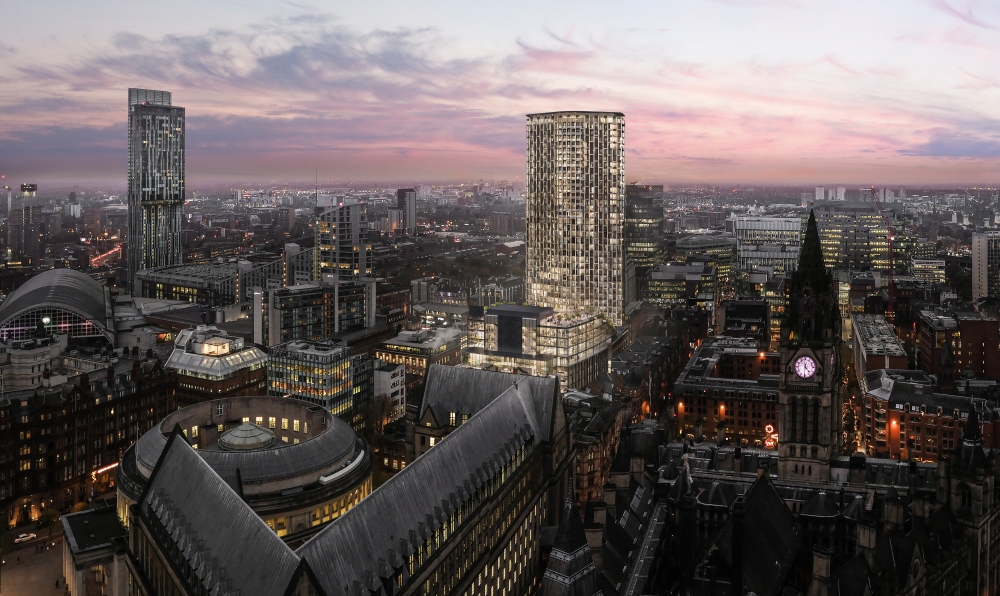