Our Plaza 1821 scheme at Liverpool Waters for Peel Land and Property Group has completed on site.

The building is 15 stories of residential apartments with a ground floor of commercial and a mezzanine with plant spaces. There are a mixture of one and two bedroomed apartments with 105 apartments in total.

The Developments name Plaza 1821 is in reference to Princes Dock, now approaching its 200th anniversary, named after the Prince Regent and opened on the day of his Coronation as George IV in 1821. 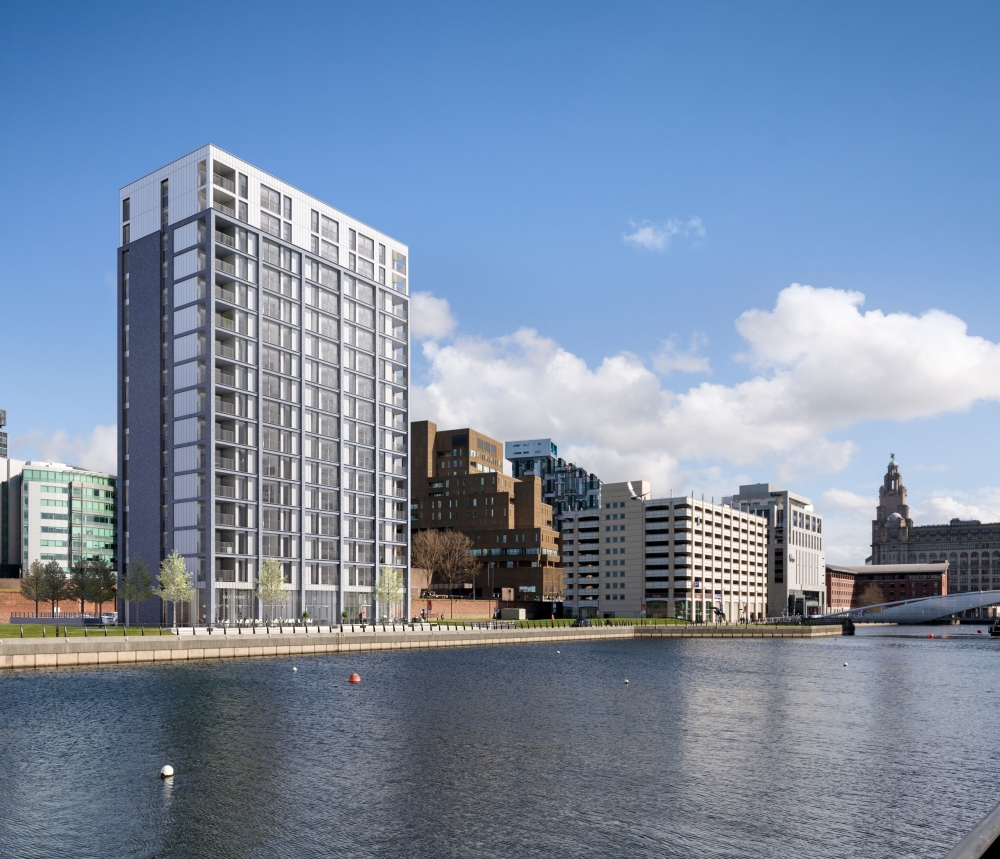